Until April 30, you have a chance to win free ebooks of all romance sub-genres by the 11 contributing author by participating in this giveaway.  Either go to Connie Bretes’ website (the event sponsor) website here or enter via the rafflecopter. 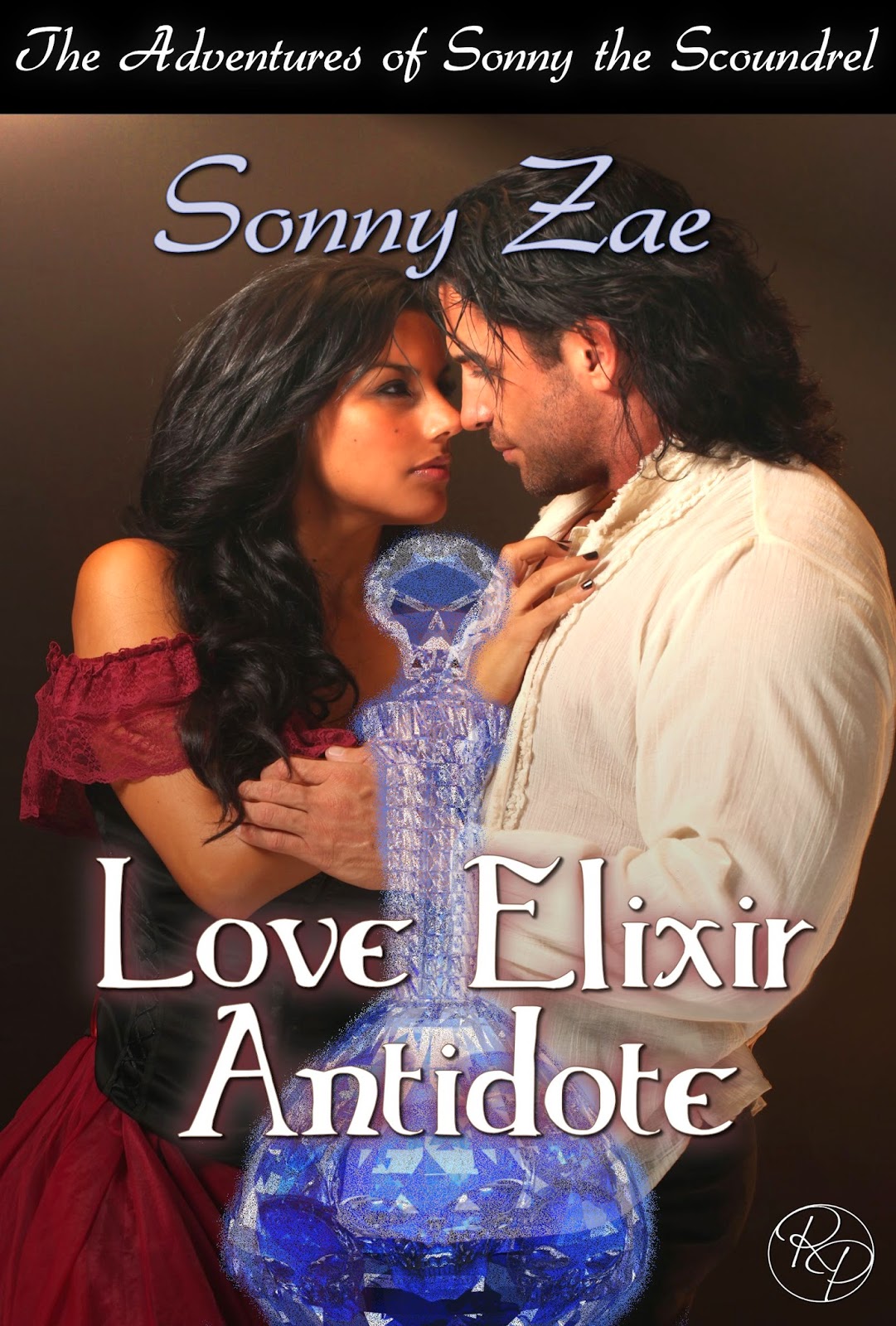 Love Elixir AntidoteThe Adventures of Sonny the ScoundrelGenre: Fantasy (Satire/Humor)by Sonny Zae
Publisher: Roane PublishingRelease Date: April 20, 2015Keywords: Fantasy, Medieval, Satire, Humor, Fantasy Adventure, Romantic ComedySonny the Scoundrel lives with Grandpap, the wizard in their rustic village of Sow’s Teat.  Sonny is dashing and handsome, but his reputation is widely known.  When a former flame announces her marriage to a suitor from a distant city, he knows it will be a grand affair attended by visitors from far beyond their village—including young maidens who are unaware of his dubious reputation. Since the visitors will include his favorite type of maidens—those he can romance and never see again, he nicks a love elixir from Grandpap in advance of a big wedding,.  Sonny is confident he can charm any of the visiting maidens without need of the love elixir, but why work harder than necessary?  When he adds too much love elixir to a girl’s cup, Sonny discovers making her fall out of love with him is much harder than he imagined.  Unfortunately, there is no love elixir antidote and Sonny must use his wits to wriggle out of her clinging claws.
Purchase Links:
Amazon
Amazon (UK)
Barnes and Noble
KOBO Books
Bookstrand
All Romance eBooks
Smashwords

GIVEAWAY!
An ecopy of Love Elixir Antidote and a $10 Amazon Gift Card!